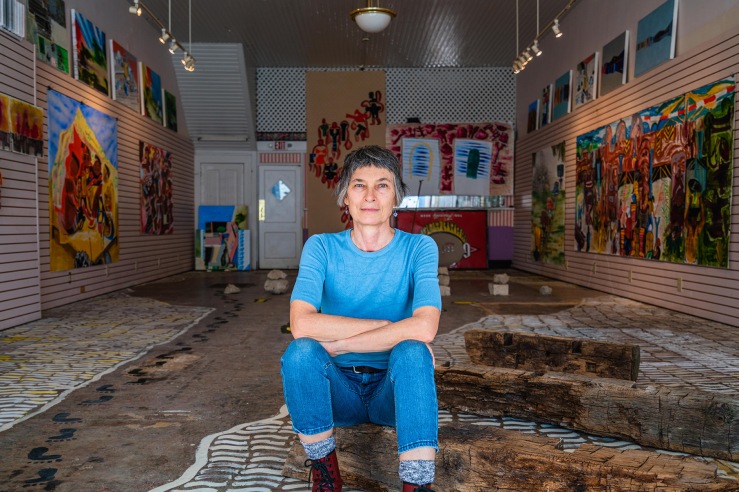 Artist of English origin who came to Venezuela looking for light at 18, and ended up living for two decades in Puerto Ordaz (an industrial city on the confluence of the Orinoco and Caroni rivers with the brightest light on earth) and consequently developed a body of work based on this monumental industrial park and the ever growing city.

Through constant repetition, the originally very figurative images were synthesized into an alphabet of symbols derived from elements and structures in the surroundings with which to subsequently rewrite the landscape. Through this abstract language I could finally embrace a revision of the female figure, and in increasingly narrative work, explore the broken balance of ecology in the masculine world of manufacturing.

After moving to Caracas in 2000 social art projects became an ever-increasing counterpart to painting especially after a commission to draw the construction of a cable car in the San Agustín del Sur hillside barrio. Since 2015 coordinates Mapea, a group of activists, actors and architects drawn together to carry out workshops that include walkabouts, corporal expression and painting in an attempt to look at the city, it’s patterns and our evolving relationship with the urban environment.